The Good Wife Event held recently at Asia House brought together some notable figures  to wax lyrical on the changing roles of women in society. With changing societal dynamics taking place across the region, as people marry later, stay single longer or do not marry at all, just how do women fair in these more liberal times.  Ramita Naval  author of City of Lies  and Eif Shafak of Honour and the Forty Rules of Love bang the world to rights on what is a expansive subject , covering cultural political landscapes.

Just how are womens roles changing? Ramita Naval claims that young people are experimenting, partly against oppression, partly through taking control of their own bodies. Women are getting married later and divorce rates have tripled.

Interestingly enough there are no generational gaps preventing their parents supporting their children`s choice to divorce. Yet she goes onto reveal that there is now a trend for cohabiting couples or so called “white marriages”. Infact according to an article in LA Times (Feb 2016) Nita Ansari an expert on womens rights, mentions that “many Iranians cohabit before marriage. It’s economical. It’s a way to date and live together and not be bound by the heavy weight of marriage in a country that handicaps its youth at every turn.”

Is education  the answer? Yet Ramita says that more women are going to university but it is not translating into careers for women and  that is the litmus test for any modern independent woman.

According to author Elif Shafak,Turkey is a country full of contradictions .”During the republican era, for the modernists, it was incredibly important to achieve genuine equality. It was the major goal of the new mission state. Women were expected to defeminise themselves. “

According  to Shafak,there are now lots of progressive laws. Yet in local and national politics, women are almost  non- existent, and those who are active, have to defeminise themselves. “In  society you always  have to respect the matriarch,once you are old, you are something completely different but then you are respected. However the matriarch does not help other women and therefore this maintains the status quo. In liberal circles, it is no different, especially in literature. what worrys me is that it is becoming more and more conservative in its fabric.”

Are illiberal , conservative attitudes confined to the older generation?  “It doesn’t mean young women are more progressive. I wish it did. These  women are globally connected but there are women that are doing just the opposite. So we need to analyse how it works. Its a reaction to the West and a reaction to their parents.” 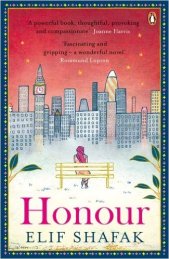 Literature Programme Manager for Asia House  Jemimah Steinfeld explained just why it was important to hold the event.”Firstly its an important conversation to have. In recent years feminism has really been put on the map as evidenced by many different initiatives.. ”

“But that does not necessarily mean we are witnessing enough positive change. Its important to continue these conversations in a bid to bring about the needed change.”

“I for one walked away feeling like I knew a lot more about what was going on in India and Iran, whilst Elif Shafak is a very emotional insight into the rollback of women`s rights in Turkey felt like a call for action.”

Full of revelations, the debate shined a  light on the whole subject of womens equality or lack of it.  It provided irrefutable evidence of how far the pursuit of female equality has come but definitely how far it still needs to go. Shafak`s damming conclusion of a regression of women`s rights in Turkey made you ask just how will you halt that regression and just how soon will it happen  and more to the point, could we see it occurring elsewhere in the world?

Get the latest Foreign Fiction news and events go to www.globooks.net

THE GOOD WIFE AN ASIA HOUSE EVENT- THE GLOBOOKS REVIEW